Catherine Foxx and Kelli Lynn Sage have known each other for a while from working on other sites together.  Kelli has been wanting to tickle a girl in Panty hose for a really long time as she hasn't in a while, so she thought Catherine would be the PERFECT victim.

Catherine is unlike other tickle models… SHE LOVES BEING TICKLED.  Catherine is a TICKLE SLUT.  Even though she loves it, she is completely tortured by Kelli's long SHARP fingernails.  The chemistry in the clip is great and it really shows how sensitive Catherine beautiful feet are, especially in pantyhose.

Kelli thoroughly covers Catherine's sensitive buff body in tickles.  Her legs in the pantyhose are GORGEOUS and super sensitive.  Kelli makes Catherine squeal and scream and she has a great laugh.  Catherine Foxx is a tickle legend and these two together have great chemistry. Kelli's boyfriend is suspicious of her cheating.  He hires Private Investigator MILF Mish to stake out and see if she finds anyone going in and out of Kelli Lynn Sage's apartment.  She soon becomes bored and eager to finish the job, so she decides to break into Kelli's room.  She finds her computer that she quickly starts going through to find her email.  Kelli quite sneaks into the room and knocks out Mish.  Mish then wakes up to realize she is tied up and unable to move off the bed.  Kelli ensues to interrogate her and Mish continues to lie until she CAN'T TAKE THE TICKLING ANYMORE! Will Mish reveal who she really is?  Find out 🙂 Risa is a adorable and subordinate SUPER TICKLISH submissive girl.  We leave off after Kelli asks Risa to take off her top.   She then dives right in and starts worshiping Risa's SOFT SIZE 9 SOLES.  She intermittently sucks and nibbles Risa's toes and soles distracting Risa when Kelli suddenly digs her SHARP STILETTO finger nails into Risa's WRINKLY SOLES.  It is determined at the end of the clip that Risa is TOO TICKLISH to not be restrained.  The next step is to put her in some light restraints on the bed.  Stay tuned for more Risa!  Custom videos and sessions available with this lovely  and lusciously ticklish 'lee. Risa is a close friend of mine with GORGEOUS size 9 feet.  We have known each other for years.  She is VERY submissive by nature and has never tried tickling because SHE IS INCREDIBLY AFRAID OF HOW TICKLISH SHE IS! She says in the beginning of the clip when I ask her that it is her first time getting tickled or having her feet worshiped and she is "nervous".  Needless to say, I think this is adorable.  Risa has an amazing laugh and beautifully SENSITIVE SKIN THAT SLIDES LIKE BUTTER UNDERNEATH MY SHARP FINGERNAILS.  Her reaction when I start sucking on her toes and soles is second to none,  SHE LOVES IT.  Every time my tongue glides across her toes she throws her head back and lets out a light giggle.  She is incredibly ticklish and squirms and laughs every time I touch my stiletto finger tips to her soft soles.  I love sucking on her big toe as I run my finger nail down her sole.  As the clip comes to an end I ask her to take off her shirt to show Me her gorgeous breasts.  She does so happily.  To see the rest stay tuned for Part 2 🙂 Tony and his girlfriend Bianca just got off their flight and arrived at their hotel. Little do they know they are being followed by two agents that are trying to find a very important hard drive. The two agents ambush the couple, get control over Tony and tie up Bianca. Tony was given a substance that paralyzes his shoulders so he cannot feel his arms and he CANNOT DO ANYTHING TO SAVE HIS GIRLFRIEND! The two agents put Bianca through the ringer, interrogating her by using INTENSE TICKLING which makes her slowly but surely hyperventilate. Will Bianca tap out? What will happen to Tony? There is a twist at the end that you must WATCH TO FIND OUT! 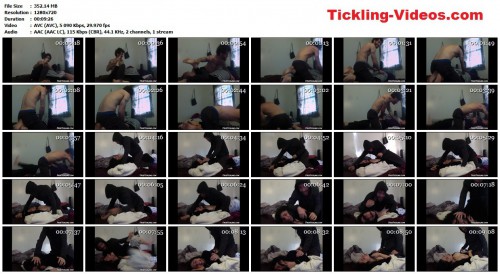 This is a part 1 of a series that I believe will be continuous for a very long time. THIS CLIP ITSELF CONTAINS TWO CLIPS. THIS IS REAL HOME VIDEOS of me being tickled by my new favorite guy. *NOTE THAT I PLAY VERY ROUGH WITH HIM IN THIS CLIP. I am personally into BDSM and like getting rough with my lover. Safe words are occasionally used but no cuts are made. This is as real as it gets. Every time he tickles me now he usually starts the webcam on my macbook pro. THIS IS GENUINE INTERACTION. NUDITY IS INVOLVED. The first clip there is music playing in the background which is 4 minutes then the second part there is no music, just me LAUGHING and SCREAMING my head off. The second clip is taken on CHRISTMAS DAY and after the session my new man and I had incredibly rough awesome sex. True Tickling. BEST FOREPLAY EVER! 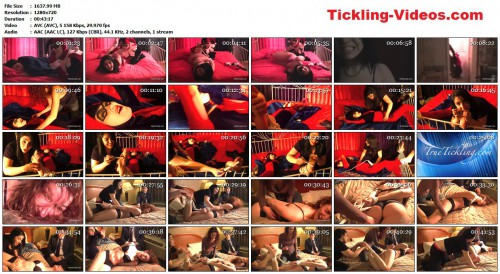 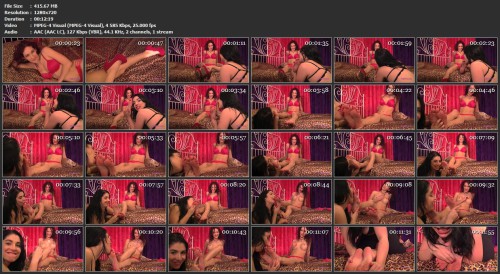 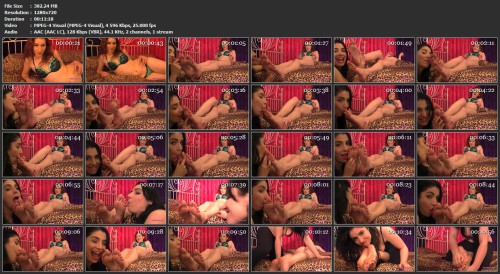 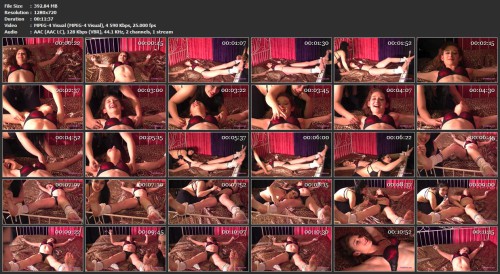