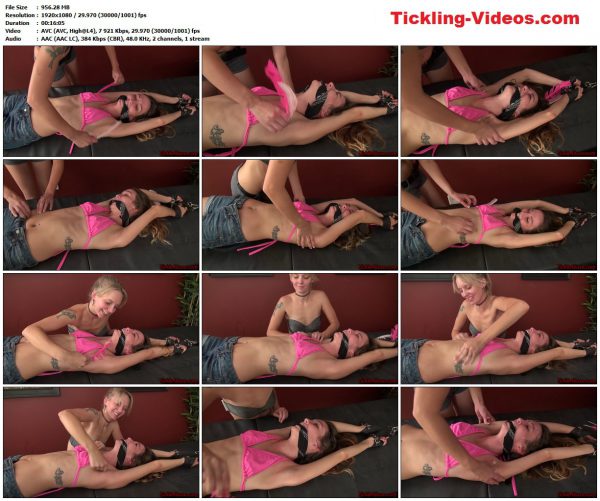 Riley had her chance at revenge on MJ’s dreadfully ticklish armpits. If only she knew what a tickle sadist she had awakened by tormenting her friend. Well now she is about to find out just how devious a tickler MJ can be. She starts slow using the same pair of feathers Riley wielded against her just moments ago until Riley is giggling up a storm. Then, without warning, she unleashes her experienced fingers on Riley’s upper body to tremendous effect. She gets some amazing reactions in the hollows of Riley’s underarms as she kneads back and forth. Riley even pulled out of the restraints at one point during the shoot because MJ would not stop tickling her so called friend! I hope they can remain friends after all the tickling MJ forced Riley to endure. Enjoy tiny Riley’s sexy gagged squeals as she struggles to escape.