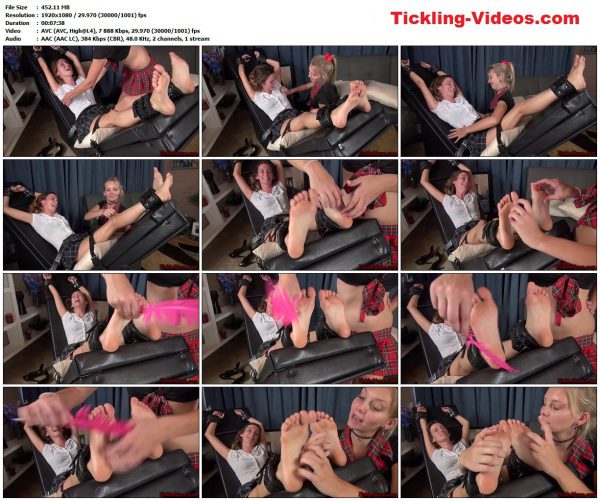 The school mascot has been stolen and MJ intends to find out where it is. She knows Riley attends the rival school and MJ believes she could be the thief. MJ also knows that the best way to secure a confession without doing any harm to Riley would be to tickle the information out of her. Riley is one of the most ticklish girls at school and MJ knows she can’t stand an unrelenting tickle session. It doesn’t take long for MJ to get an answer from Riley but she later discovers that Riley has been feeding her lies in order to spare her ticklish feet from MJ’s nails. Little does she realize that she won’t stand any better chance against a feather running between her toes. Nearing her breaking point, Riley will say anything to make MJ stop tickling her but MJ is in no mood for her lies. Will this tiny ticklish schoolgirl be able to repent before MJ tickles her out of her mind or has she cried wolf one too many times?